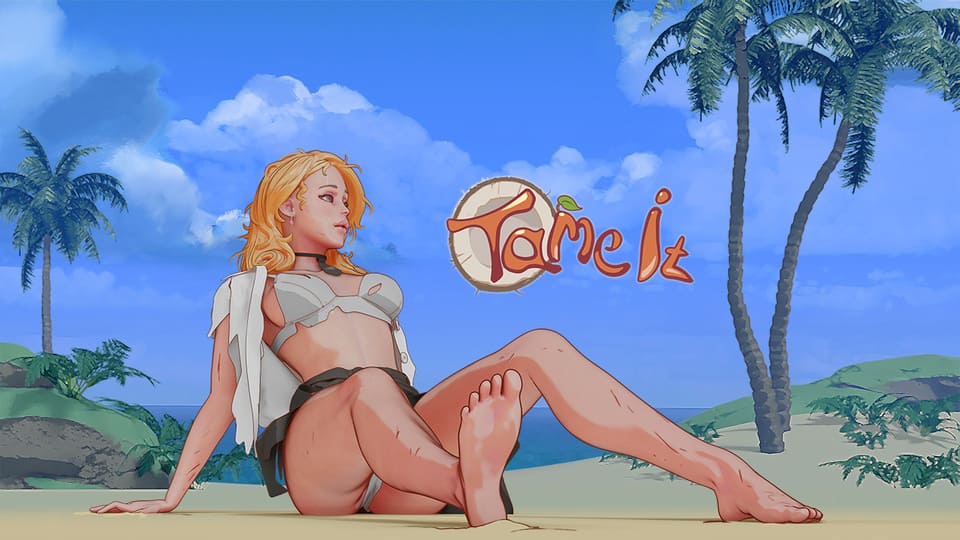 Tame it! v0.12.0 by Manka Games, Tame it! is a game about the game is about Lee, who travels by plane to a hotel on one of a small distant Bahamian island, but something unexpected happens, so he’ll soon face a vivid adventures and good bunch of survival.

An exciting process of taming wild and hot babes, which will open access to a variety of unusual kinks and passionate situations, an island full of mysteries. You will have to develop skills, find contact with wayward girls, complete quests and eventually understand whether there is an opportunity to escape from a desert island!​

Installation
– Extract to desired location.
– Run.
Dev Notes
In our game, we decided to replace all texts with emojis. This is an experiment and a serious challenge for us. But it will allow players from all over the world to enjoy the game, regardless of their knowledge of the language. All dialogues, thoughts, tasks in the form of emojis — isn’t that fun!
Changelog
v0.12.0

v0.25.5
– added three new events (one night visit by Pixie, one event with Pixie and Lexi in the lounge and one event with Iris and the avatar in the holo room, where you can chose if you want to win or lose)
– added one night visit by Lexi using animations from the scene in ‘Under New Management’ quest
– fixed a bug with a missing image of Megan, Pixie and Iris at the machine shop

v0.24.5
– 4 new events (one in Sophie’s sex-ed, one in the station’s holo room with Pixie and Lexi and two in the station’s holo room while you’re alone)
– 59 new animations
– 15 new images
– fixed a minor bug
For Sophie’s event you can use the save I shared with 0.23.5
With Pixie and Lexi there are actually two events – one which uses the old animations from the connected quest and one new with them in a classroom. When you start the event, one of them is chosen at random and played, meaning you may need to run the event a few times to see the new one.

ENGLISH VERSION (up to chapter 7)